Back in 2018, after moving back to the UK, Dad and I began giving some serious thought to building a new layout. We considered a range of options, from small modules that could be attached in a number of ways, to a pair of large layouts that could be joined together if needed, to a single, large exhibition layout. We took the latter idea quite far, even going so far as to design a scale model of Bodiam station (a real-life favourite of ours), before deciding that it would probably take too much space, and therefore would probably not get used that much due to space constraints.

When Christmas rolled around, one of my presents was a pair of 4ftx1ft (1.22×0.3m) baseboards, along with a selection of kits. It was finally time to stop talking about a new layout and actually build it!

From the outset, I was keen to build a layout that I could run most of my rolling stock on. This meant a station and a yard or industry of some sort. I was also keen to model a different era than my previous layout, Abbotsbury, which is set in a fictional 1980s-1990s world where BR Blue managed to co-exist with EWS somehow! I decided that the classic 1960s setting would be best for me, allowing me to run a mixture of steam and diesel locomotives. I also chose to model the Southern Region, as we have a reasonable selection of Southern locos and carriages between us.

At the time, I was working for a well-known high-end vacuum cleaner company who use a selection of holding companies for various purposes 😉. One of these is Weybourne, which struck me as the perfect name for the layout, as it’s a combination of several seaside towns on the south coast.

I’ve chosen to go with an urban setting for the layout, with a small terminus with one or two platforms, with a yard at the opposite end to the station, in front of a small hidden section. It’s a pretty standard design that you’ll see at every model show, but it’s popular for a reason: It allows me to run reasonable-sized trains in what is a rather small space.

Due to space restrictions, I need to model a terminus rather than a through station, as I don’t have space for fiddle yards at both ends. This means I’ll have to add a crossover for running round trains, and also maybe a bay platform to allow shorter trains to be parked and not block the main platform.

Looking around on Google Maps, I came across a similar example in Maryland station in north-east London. This is a through station that is entirely surrounded by roads that could quite easily be adapted to a terminus design.

What I’m aiming for is the feeling that the station was built at a time when space in the town was at a premium. This makes the small station more plausible, as there just wasn’t space to build a large sprawling terminus with lots of platforms, sheds and other railway facilities. I also like the idea of having the platforms sunken below road level – I think this will give a sense of depth to the model.

Goals for the project

There are several key things I’d like to achieve with this layout, most of which will be significant improvements on Abbotsbury.

My previous layouts have all relied on the “hand from the sky” to perform tasks like switching points and uncoupling rolling stock. On Weybourne, I want to be able to do everything without touching the model. This means magnetic uncoupling and point motors.

Model railways aren’t fun if they’re constantly breaking down or behaving unpredictably. I was a student when I built Abbotsbury, so I had to skimp a fair bit, but with Weybourne I’ll be buying (hopefully) reliable equipment that should hopefully give nice consistent running.

I’d like to challenge myself and re-create as many of the moving parts of a real railway on the layout. This means working signals and point rodding for starters, but also extends to the use of electronic kits and microcontrollers to achieve certain effects. 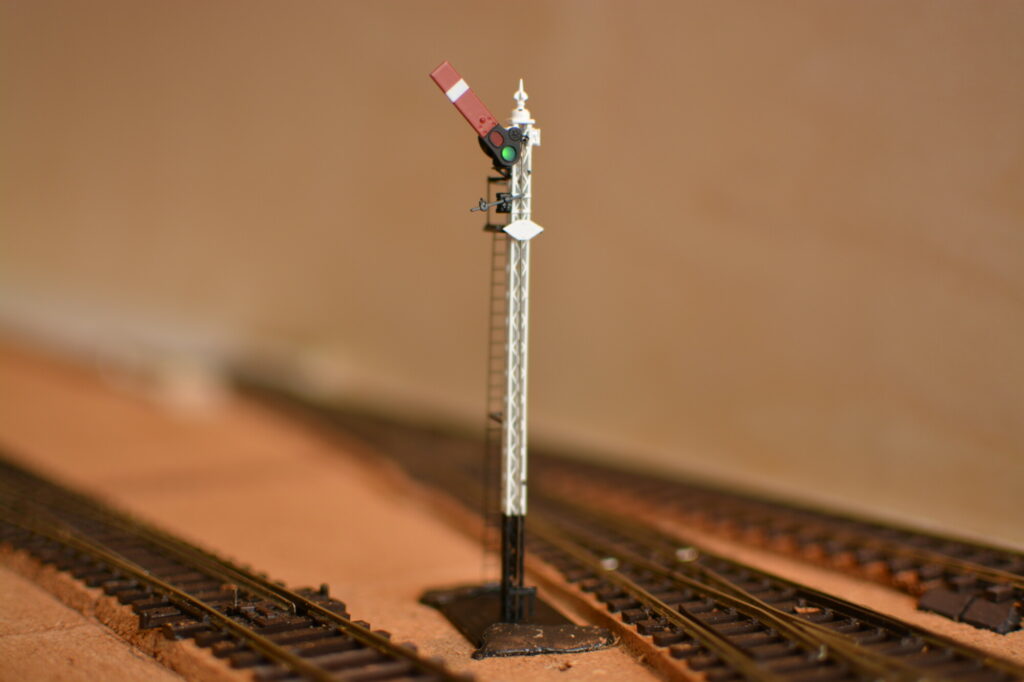 28th March 2020
One of the key features I want on Weybourne is working semaphore signalling. With the…
Read More

3rd January 2020
The visible trackwork on Weybourne was completed months ago, but I’ve yet to start work…
Read More 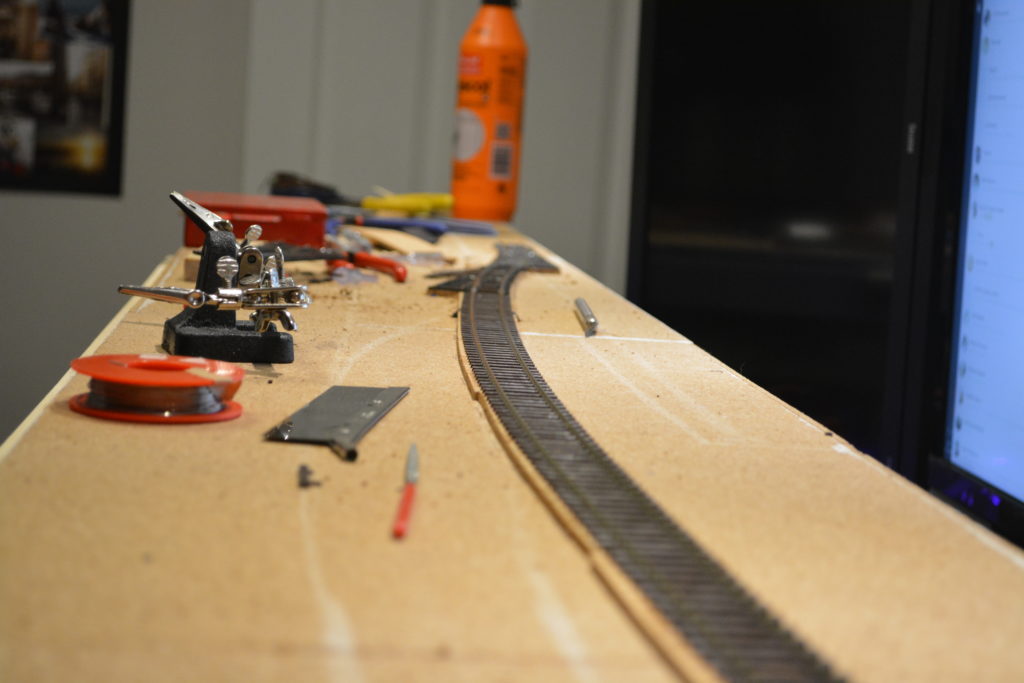 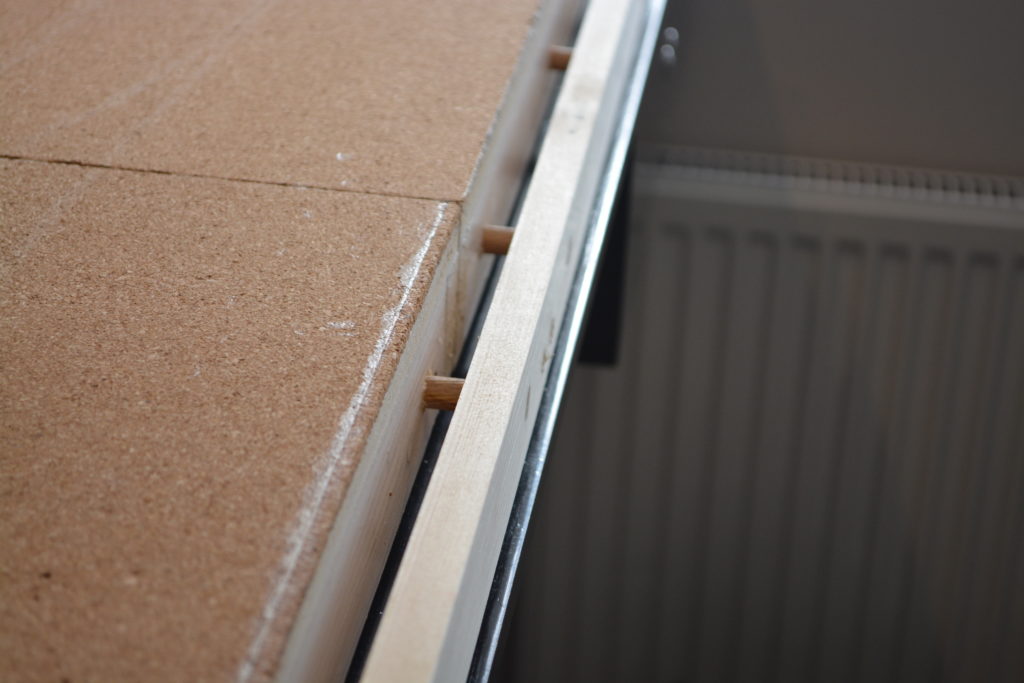 9th February 2019
Before track laying and wiring can begin, I need a simple, reliable and repeatable way…
Read More
See all Weybourne updates